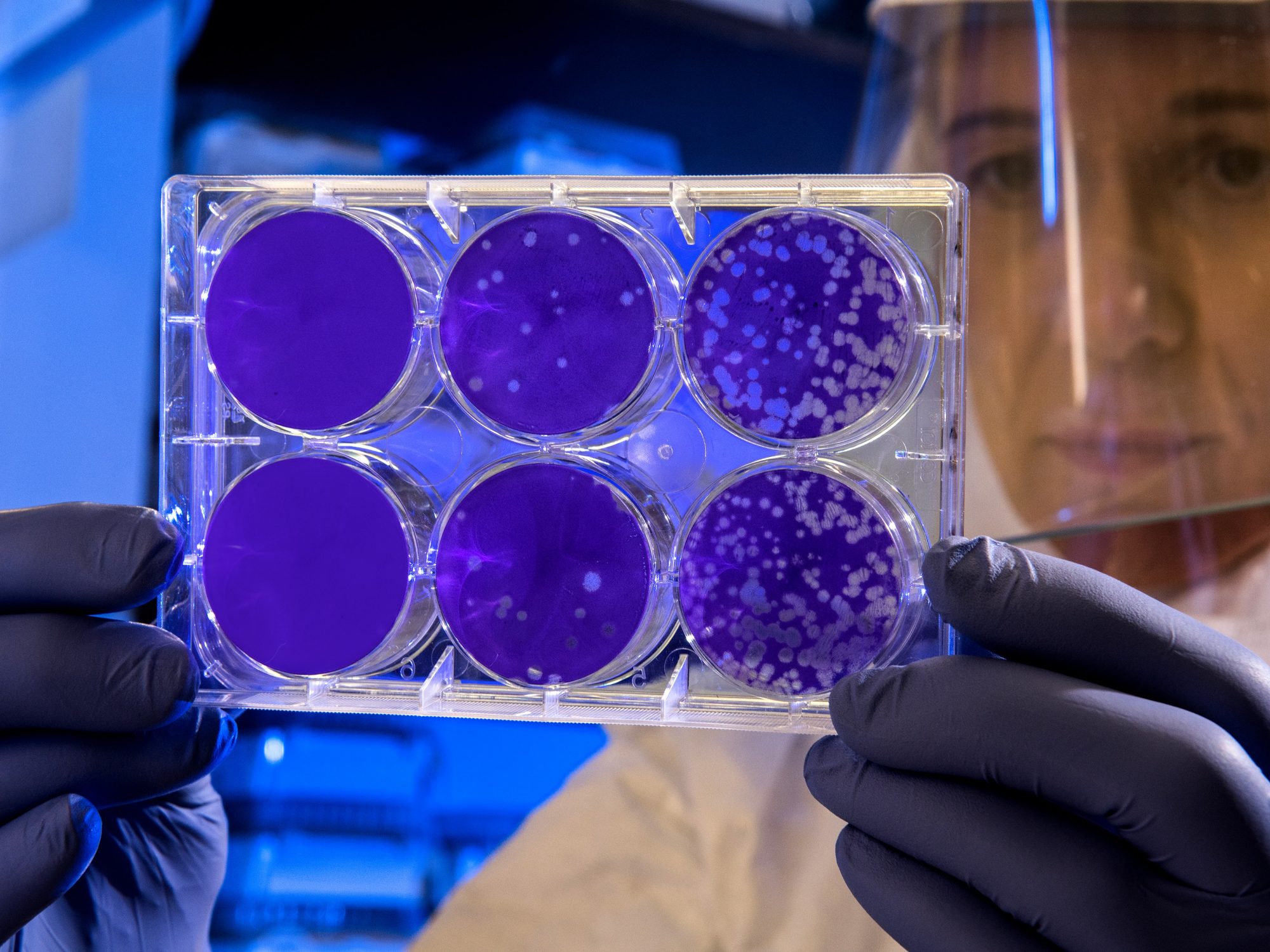 Not quite, but maybe.

A new study out of Monash University (the low FODMAP guys) found a link between certain types of bacteria and celiac disease. It seems that certain bacteria can mimic gluten structures potentially tricking the body into celiac disease. The bottom line of the study is according to Dr. Hugh Reid, “In celiac disease you get aberrant reactivity to gluten and we have provided a proof-of-principle that there’s a link between gluten proteins and proteins that are found in some bacteria.”

There is a lot to unpack here and it is complicated. Let me see if I can do it justice.

Right now, scientists don’t know what causes celiac disease. There are several theories – stress, specific viral infections, Caesarean section, time of gluten introduction to infants, etc., but none have been proven. This study shows that their might be opportunistic bacterial pathogens in normal gut bacteria that could be the root cause of celiac.

Specifically, the scientists report, “Our findings provide evidence that molecular mimicry to an exogenous bacterial antigen may be a plausible primary mechanism contributing to the abrupt onset of disease in HLA-DQ2+ individuals, usually in infancy, by inducing cross-reactive gluten-specific CD4+ T cells.” That’s a big sentence – let’s break it down. There is an acquired bacteria that produces a molecule that the body mistakes as gluten protein. This false gluten-like protein could be the cause of the activation of the immune system in genetically susceptible individuals leading to the onset of celiac disease.

Furthermore, they only really tested this mimicry in those with HLA-DQ2.5 which is the buk of celiac patients. They also looked at only very specific variants within HLA-DQ2.5. It doesn’t seem they looked at those with HLA-DQ8 because they are more rare.

There is also some discussion of oral gluten challenge. If they offer the bacteria via mouth that mimics gluten, there is no response in the immune system like would be expected if the patient were truly offered gluten. So, there is something different there. Does the bacteria start the autoimmune process and then take a backseat?

According to Wikipedia, the P. fluorescens bacteria does not cause common diseases in humans and is a small part of the microbiome of humans. It can cause fin rot in fish, though. There is one instance of P. Fluorescens causing disease in 2004-2006 with cancer patients and saline flushes. This bacteria can be used to create the topical antibiotic Mupirocin also known as Batroban used to treat impetigo or MRSA.

All of this is interesting. This is another pathway to attempt to find a cause or a cure for celiac. Does this bacteria truly help trigger celiac by mimicking gluten proteins? If you eliminate this bacteria, could you eliminate celiac? Once celiac is triggered, would eliminating this bacteria make celiac go away?

I’m just not sure what to make of all of this. I’m just gonna pump out the information today.

Here are some more resources about this specifically.

An article from I F**king Love Science here too talking about the same study.