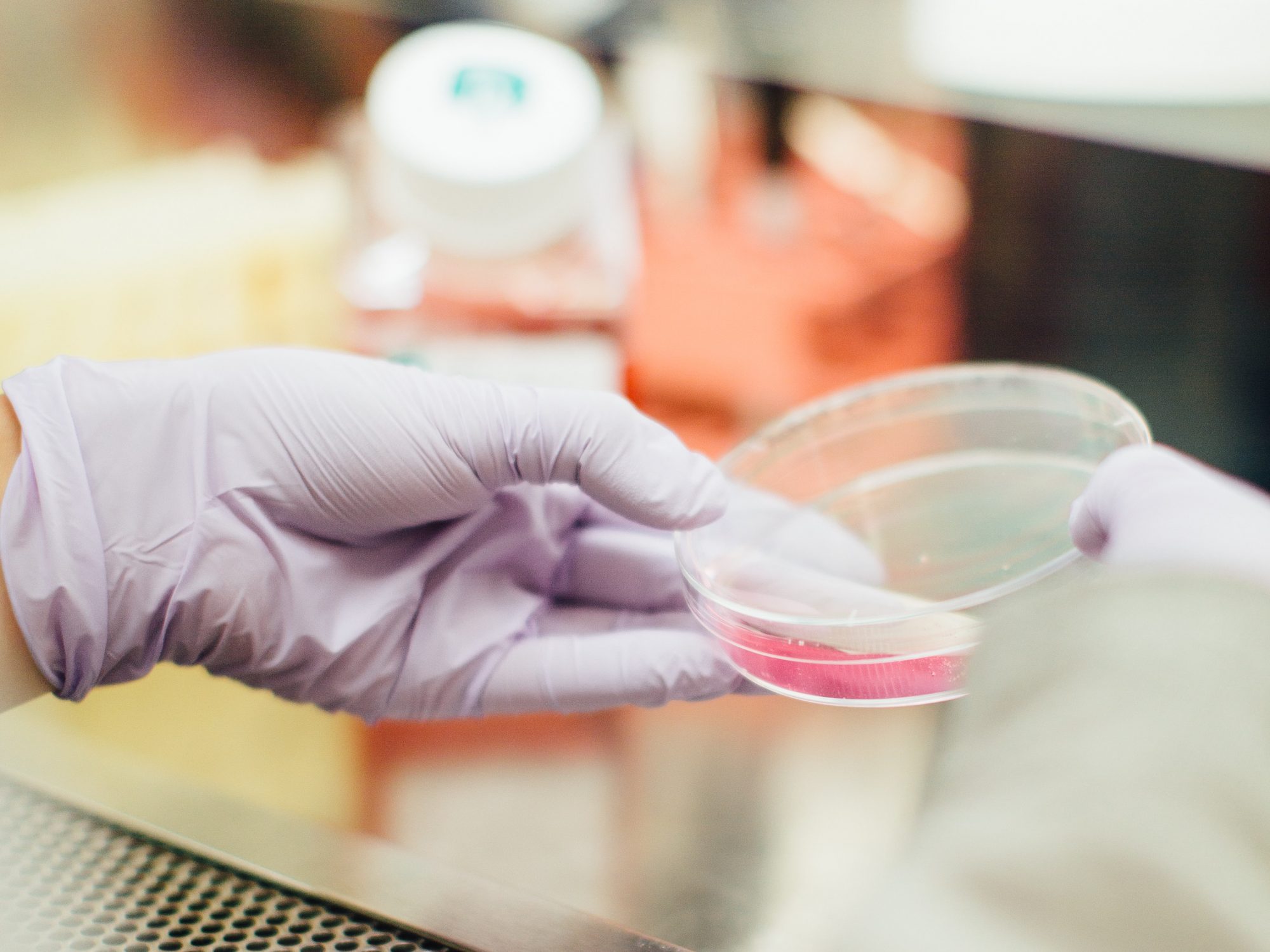 In the middle of this COVID-19 pandemic, it feels like the whole world has stopped except research on the virus. Fortunately, science outside the virus is still occurring and research on celiac disease is ongoing. Two new studies published results recently so let’s talk about them.

A new study suggests that various types of Bifidobacterium can help break down gluten molecules in the gut. More specifically, the scientists looked at a variety of Bifidobacterium strains, glhuten proteins, and how they interacted with specific types of immune cells. Scientists found that the cells exposed the Bifidobacterium produced, “a clear reduction in cytotoxic responses and proinflammatory marker levels” compared to non-exposed cells. Let’s break that down a bit.

So cells exposed to both gluten and Bifidobacterium demonstrated reduced cytokine and pro-inflammatory markers.

Bifidobacterium strains are common in most probiotics. Many gastroenterologists recommend probiotics for those with celiac disease. This may be another reason to evaluate a probiotic and one with Bifidobacterium. I did write about probiotics in the past and wasn’t too kind. This might be new information to add to our knowledge base about celiac.

A new study from NYU Langone Medical Center evaluated 88 children. Thirty of these patients had celiac disease. They looked at the Persistent Organic Pollutants or POPs and its relationship to celiac disease. When the scientists tested the blood of patients they were looking for levels of POP and controlled for age, race, BMI, sex, and genetic markers for celiac they found a relationship. It seems that children with higher levels of POP in their blood and a genetic predisposition to celiac, were more likely to have celiac disease than those with lower levels of POP.

POP is not something we can control. It is in our environment and isn’t going anywhere. Here is the Wikipedia page for persistent organic pollutants.

It seems that as you go higher up in the food chain, the more exposure to POP’s. Think of it like mercury in large fish. The bigger the fish, the greater the amount of mercury the fish has acquired. Then you eat the fish and acquire their mercury. Same sort of thing here.

POPs are acquired through our environment and most often accumulate in our fat cells. We cannot avoid them because they are in the soil, air, and food. They are considered endocrine disruptors and according to this study, could be a factor in the acquisition of autoimmune disease.

This is the first study of its kind and it is unclear if further science will confirm its results. But it is something to think about.

Knowledge Base (side topic)

Since doctors have known about celiac disease for a long time, I assume the scientific information about celiac disease should be deep. But it isn’t. Breakthroughs and new information come out often. Scientists don’t know what they don’t know yet. All of the studies about how a gluten free diet is virtually impossible to maintain should be known – but it isn’t known to the scientists. Ask anyone with celiac and they will tell you that a 100% gluten free diet is damn hard and virtually impossible to maintain without an even more restrictive lifestyle.

The bottom line is that they don’t know as much as I thought they did when I started this blogging journey. Back to the science!!!