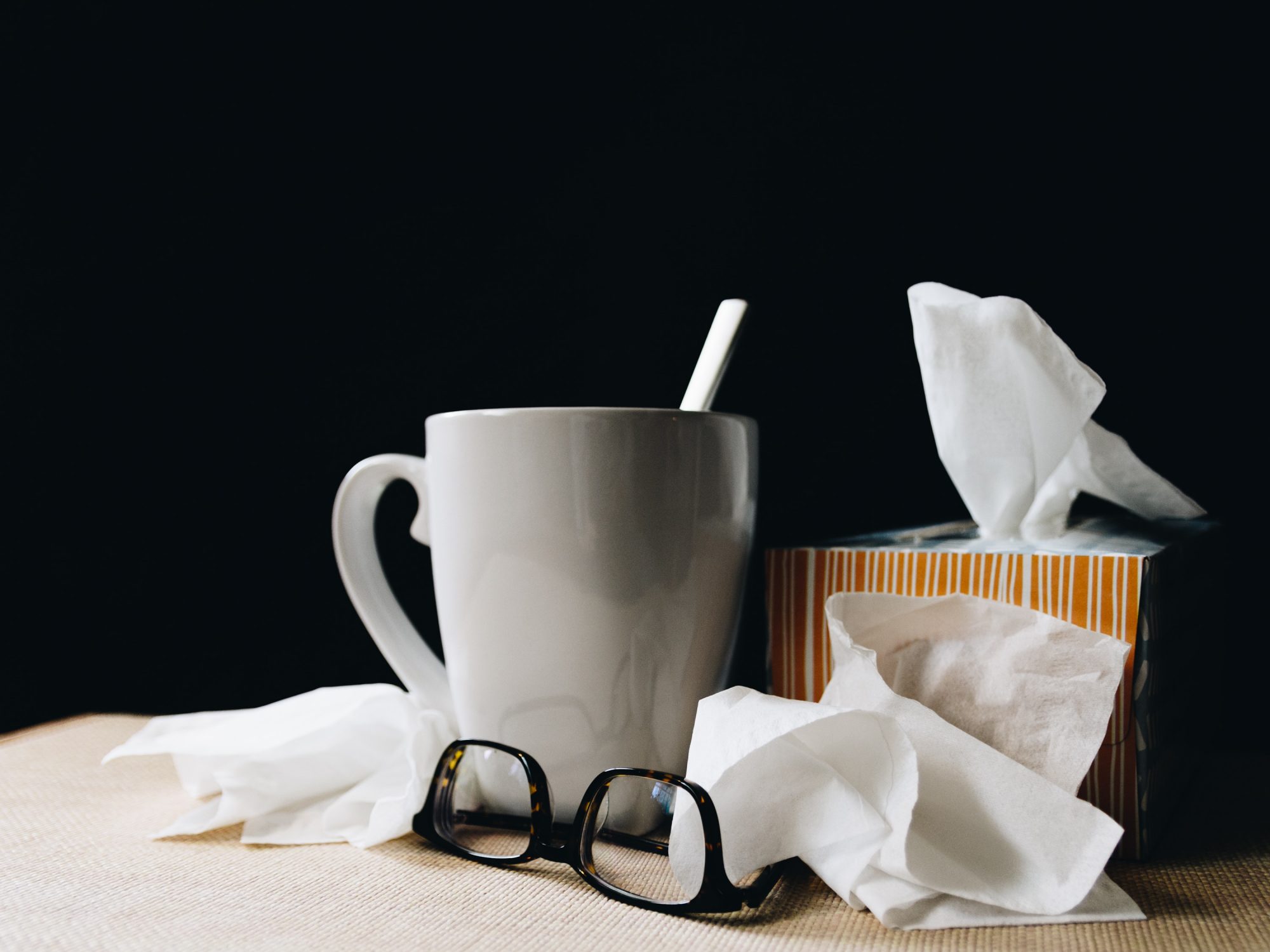 It is flu season. The flu season has been pretty bad so far this year. I talked about getting the shot in September and October. We can have that debate again next fall, but for now, let’s talk about the flu versus a glutening.

For some, their symptoms between a glutening and the flu are very obvious. But for many, the symptoms may overlap. Fatigue, headache, sore throat, body aches, runny nose, and potentially vomiting and/or diarrhea are the most common flu symptoms that develop rapidly. Unfortunately, for most of us, those are the same symptoms as a glutening and they come on just as suddenly.

So, how do we know the difference? The dead giveaway for most is a fever.

I rarely run a fever and if I do it is always fairly low, like 99.9. But when I have the flu, my fevers get into the 102 range. Fever is the way your body is fighting the illness and the rest of the symptoms cause you to slow down. They allow you to fight the illness because you feel so bad you can’t do anything else.

Some people get a fever as part of their gluten reaction. I’m not sure what percentage, but I don’t hear about it often. Also, you know if you took a risk eating something that might have been questionable on the gluten range. If you are eating something that might not be safe and are sick shortly after, it might be the food. If you have eaten at home, you might have the flu.

Now knowing the difference between the flu and a glutening is another important reason to understand your particular gluten reactions. I know my body feels lousy if I get glutened and I feel lousy if I have the flu. But the difference is the intensity. I feel lousy for a few days if I have the flu and then to recover it takes about a month. With a glutening, I’m typically over it within 3-4 days unless I want to wallow in it and then it can take longer.

So, I hope you all don’t have to deal with the flu. I think I had it for a day last week. Monday I was sick. I threw up several times and went to bed at 7p. Woke up Tuesday morning not great, but able to function and complete my day.

Thirty-four US states report high flu activity. Seventeen children have died of the flu this year already. This is a bad one, so strap in and hope for the best.